Shut Up And Drive; or Sex, Liberty and the Automobile

Shut Up And Drive; or Sex Liberty and the Automobile was co-written by Daniela Giorgi and Paul Gilchrist and staged at the Kings Cross Theatre (KXT) from 9-23 April 2016

From the power of the driver’s seat, through the pleasures of the back seat, to the eternal pull of the open road, Shut Up and Drive is the ultimate ride! Fast-paced and fun-fueled, Shut Up and Drive  traverses the highways and back roads of the Australian psyche to discover the place of the car in our lives. Are we there yet? 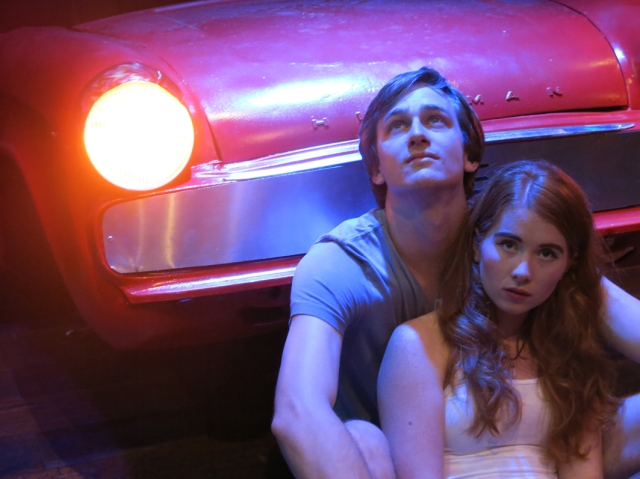 Some reviews:
“The latest example of excellence in Sydney independent theatre. Not to be missed.”
Sydney Scoop

“A fantastic indie theatre experience…  What makes Shut Up and Drive so captivating is its ability to have you slapping your thighs laughing one moment and gasping with teary eyes the next.” Weekend Notes

“a standout on the 2016 Sydney calendar, in a year filled with great productions.
Highly recommended.” Lisa Thatcher

“A diverse, thoughtful and amusing take on freedom under late capitalism….clever writing and strong performances. The script is richly layered…..a revue with an intelligent critique of power dynamics.” Arts Hub

“especially engaging, fast-paced, revue style format; this high-energy performance has its audience both laughing at its satirical take on our contemporary world and feeling nostalgic for the passions of their youth. The wonderfully versatile and spirited cast inspires us to reassess the intimate role of the car in our lives and to leave the show in high good-humour.” South Sydney Herald

“Shut Up And Drive is often funny, and sometimes touching……the play always has a sense of intrigue and enjoyment. At every step…. consistently amusing.” SuzyGoesSee

“Disarming humour, poignant drama and political insight, Shut Up and Drive has something to offer any audience member…”Broadway World