10 Things To Do In between Croissants

When I was at university I read Simone De Beauvoir’s memoirs and fell in love with the French Existentialists and their subversive lifestyle. It seemed they sat in Parisian cafes long into the night, drinking coffee and cocktails and talking about all the important things: love and sex, politics and philosophy. Not only did they address the perennial question: How to Live? but they also knew how to dress. Think black: turtleneck and trench coats, berets and boots. I immediately adopted this Rive Gauche uniform but succeeded in looking more like a member of an unsuccessful punk band rather than a member of the French Resistance. 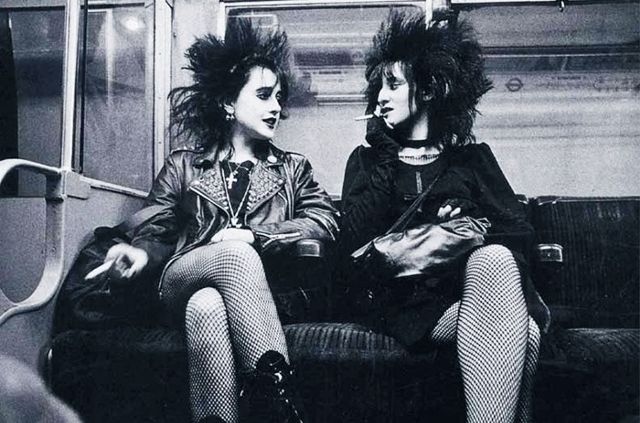 So it was with great excitement, but also a little trepidation, that I picked up Sarah Bakewell’s At The Existentialist Café: Freedom, Being & Apricot Cocktails in a bookstore recently. Would the adventures of Sartre and De Beauvoir and the other philosophers in their milieu leave me wondering if my life had been a complete waste with no meaning or purpose whatsoever to my existence?

Fortunately before I could succumb to my existentialist angst I got sidetracked by what the author was saying. “Existentialists think that what makes humans different from all other beings is the fact that we can choose what to do. In fact we must choose: the only thing we are not free to do is not be free…. I may be influenced by biology, culture, and personal background, but at each moment I am making myself up as I go along, depending on what I choose to do next. As Sartre put it: ‘There is no traced-out path to lead man to his salvation; he must constantly invent his own path.’ ” 1

What a terrifying thought. But perhaps it was also hopeful. Even though I may not have done anything exciting or worthwhile with my life so far, I could always choose to do so in future. Even though I was currently sitting in a cafe eating a lovely chocolate croissant it didn’t mean that I’d have to do it tomorrow. I was free to choose what to do with my life. Tomorrow I could begin training for the half marathon instead.

As I read on I was pleased to see that the author agreed with me about the hope stuff. She questions what Existentialism might mean for us today in an age where we have become uncertain about freedom and bombarded by the idea that there are so many forces beyond our control in the world. She suggests that although we find this a disturbing idea it is also reassuring; letting us off the hook of personal responsibility. “Sartre would call that Bad Faith. …Moreover, recent research suggests that those who have been encouraged to think they are unfree are inclined to behave less ethically.” 2 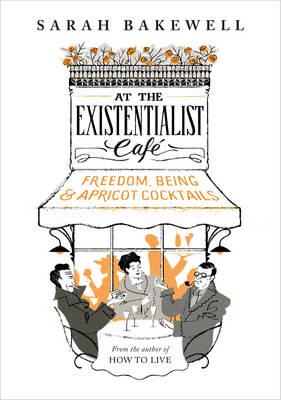 Oh. Maybe it wasn’t so hopeful. I ordered another croissant.

This philosophical stuff requires lots of energy as does living in a world where there is so much to do and yet where doing anything at all seems so hard. Had I forgotten how to live freely? Was I just an  amoral automaton? I needed to take responsibility, and perhaps order a cocktail.

I decided to make a list. You’ve got to start somewhere and anyone can make a list. I spent a little bit of time on the heading for my list, after all it’s the first thing that I will read each time I use my list.

How to beat the forces of evil currently ruling the world (or things to do in between croissants):

Images: Punks, courtesy of ‘A History of Bad Girl Clothing’ blog; and book cover: At The Existentialist Café.

Daniela is a writer, theatre producer and civic educator. She has had poetry and short stories published in 'Prayers of a Secular World', Inkerman & Blunt; 'Blue Crow Magazine', Blue Crow Press; 'Knitting and other stories', Margaret River Press and Radio National’s '360 documentaries'. Her debut play, 'Talc', was produced in 2010. Her short play, 'Sicilian Biscotti', was produced for the launch of “Women Power and Culture” at New Theatre in 2011 and shortlisted for the Lane Cove Literary Award in 2015. Her second full length play, 'Friday', was produced by SITCO at the Old Fitzroy Theatre in 2013. 'The Poor Kitchen' was produced in 2016 as part of the Old 505 Theatre’s Fresh Works Season and was published by the Australian Script Centre in 2017 (https://australianplays.org/script/ASC-1836). It was re-staged by Patina Productions at Limelight on Oxford in 2019. She co-wrote 'Shut Up And Drive' with Paul Gilchrist and it was produced at KXT in 2016. 'Seed Bomb' was produced at Old 505 Theatre as part of the FreshWorks Season in 2019 and has been published by the Australian Script Centre (https://australianplays.org/script/ASC-2166). She is the co-founder of indie theatre company subtlenuance (www.subtlenuance.com) Her published short stories can be read via the Short Stories tab on this blog.
View all posts by sagesomethymes →
This entry was posted in democracy, What Are You Reading? and tagged angst, Art, At The Existentialist Cafe, Bad Faith, Being & Apricot Cocktails, Book Review, croissants, despair, existentialist angst, Existentialists, Freedom, French Existentialism, Life, Paris, philosophy, Sarah Bakewell, Sartre, Simone De Beauvoir, The Resistance. Bookmark the permalink.

3 Responses to 10 Things To Do In between Croissants