Posted on October 14, 2016 by sagesomethymes

Howard Barker, in Arguments for a Theatre, once said, “theatre should be over-ambitious … the stage should swarm with life… it should be a relentless space and never a room.” Or something like that.

I see a lot of theatre. Most of it is independent theatre. That is, theatre produced with little or no government funding; often profit share, where payment is reliant on box office return. I also see some of the productions at the better accommodated, more prestigious theatres. 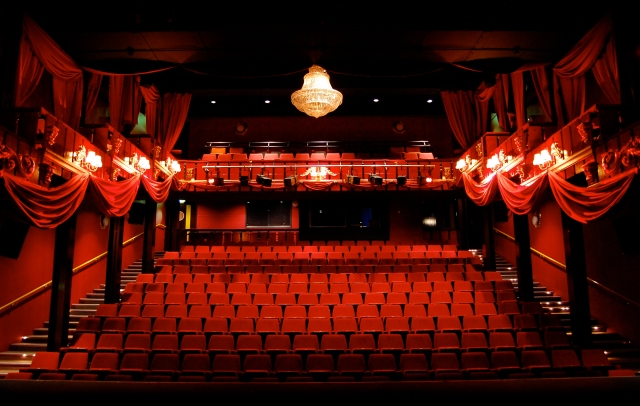 What I don’t see much of are the really big shows, the block buster musicals that come to town. They’ve got big numbers, big sets, big names and big ticket prices. For the price of one of these big shows I can see maybe five ‘indie’ shows. And although the big shows can be a sensual delight if you get a seat close enough to the stage to see and hear the performances, they can also seem overly slick, a strange and not as good version of a film.

Is this what Barker meant by relentless? Was he urging theatre makers to not be happy to simply seduce an audience with beautiful pictures; to not imitate film? Was he calling for a theatre of meaning, of response, a theatre where souls torn out of both the audience and the actors hang breathless in the air?

I see a lot of theatre. I have made a lot of theatre. And I agree with Barker that “theatre should be over-ambitious.” It is only when a piece of theatre is not ambitious, when it doesn’t want to change the world, that I am disappointed. Sometimes I see a production that is simply an excuse for the actors to be on the stage. There seems very little thought about the impact they will have on the audience. That is when I am saddened by the emptiness of the ambition and the wasted opportunity.

I also agree with Barker that theatre should be “a relentless space and never a room.” The kind of theatre I like and the theatre I hope I have made is a powerful political tool. It is unyielding in its ambition to impact the world, to make us think and act for good. Perhaps for some people this clarion call to act is offensive, particularly if it is clothed in sharp satire that tickles at your insecurities with the edge of a knife blade. Or if it’s performed in a little black box by people you know.

But perhaps relentless is a harsh word. I prefer irrepressible. I want the stage to explode with energy; the uncontainable energy of artists that have something to say.

Daniela is a writer, theatre producer and civic educator. She has had short stories and poetry published in: 'Prayers of a Secular World', Inkerman & Blunt; 'Blue Crow Magazine', Blue Crow Press; 'Knitting and other stories', Margaret River Press and Radio National’s '360 documentaries'. Her debut play, 'Talc', was produced in 2010. Her short play, 'Sicilian Biscotti', was produced for the launch of “Women Power and Culture” at New Theatre in 2011 and shortlisted for the Lane Cove Literary Award in 2015. Her second full length play, 'Friday', was produced by SITCO at the Old Fitzroy Theatre in 2013. 'The Poor Kitchen' was produced in 2016 as part of the Old 505 Theatre’s Fresh Works Season and was published by the Australian Script Centre in 2017 (https://australianplays.org/script/ASC-1836). It was re-staged by Patina Productions at Limelight on Oxford in 2019. She co-wrote 'Shut Up And Drive' with Paul Gilchrist and it was produced at KXT in 2016. 'Seed Bomb' was produced at Old 505 Theatre as part of the FreshWorks Season in 2019 and has been published by the Australian Script Centre (https://australianplays.org/script/ASC-2166). She co-wrote 'Softly Surely' with Paul Gilchrist and it was produced at Flight Path Theatre in 2022. She is the co-founder of indie theatre company subtlenuance (www.subtlenuance.com) Her published short stories can be read via the Short Stories tab on this blog.
View all posts by sagesomethymes →
This entry was posted in Uncategorized and tagged Arguments for a theatre, black box theatre, Howard Barker, independent theatre, main stage, relentless space never a room, subtlenuance, Sydney Theatre, Theatre. Bookmark the permalink.