The Art of Grace

Posted on November 5, 2016 by sagesomethymes

What does the word grace conjure in your mind? For some it’s divine assistance, particularly when unmerited. For others it’s a gentle disposition and an elegance of movement. For me it’s the sublime beauty of a sunset at the end of a hard day. 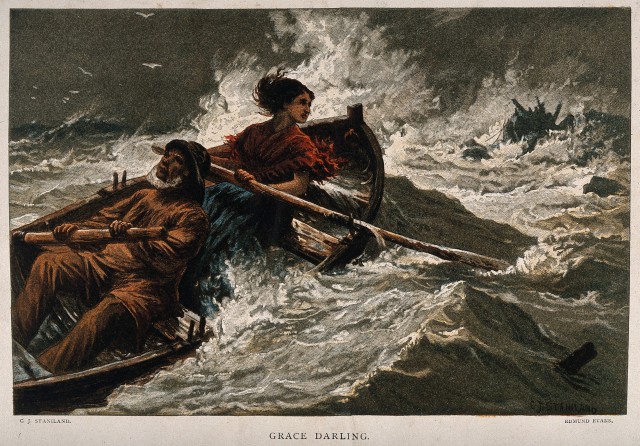 Sarah L Kaufman is the dance critic for the New York Times. She knows grace when she sees it and in this delightful book, The Art of Grace, she examines this elusive quality. Humorous, inspiring and beautifully written, the book delves into all aspects of this virtue, from the flair and charm of Cary Grant both on film and in real life, to examples of grace under pressure in athletes, performers, and people who live challenging lives.

Subtitled, On Moving Well Through Life, the aim of the book is to highlight moments of grace and to give us hope that we might be able to emulate them. One example is the wise advice Ptahhotep, an Ancient Egyptian vizier, writes for his son, “…honour the people around you by being bright faced, generous and humble, and by helping them feel comfortable and appreciated.” (pxxi)  This beautifully encompasses that joyous quality of caring for others that is the hallmark of a graceful person. It is possibly the epitome of grace; and unfortunately a quality light years away from our modern habits of self obsession.

Kaufman suggests three steps to leading a more graceful life. “Being aware of grace in others allows us to feel some of their ease ourselves.….The next step is practice: cultivate ease of movement, self control, and warmth, and the Greta Garbo walk may very well follow. The third step is to learn to face the world willingly (or at least without obvious panic) and with regard for those around you.” (pxxv)  I very much related to the third step, at least the part in brackets.

Combining elements of spirituality and DIY with heartening stories and enchanting images, this book is like a satisfying wander through a well curated modern art museum. It ends with a lovely list guaranteed to make even the most slothful and clumsy amongst us more at ease in the world. My favourites from this list? All of them! But I will list only two as I encourage you to buy the book and read the rest:

“Make room for others – on the sidewalk, at the bus stop, in a coffee shop, at a business meeting, and in your life.”  (p278) So simple. So obvious. But so easy to forget.

And, “Enjoy. Raise a glass, as Lionel Barrymore did in the movie Grand Hotel, ‘to our magnificent, brief, dangerous life – and the courage to live it!’ ”(p278)

And now in an attempt to live more gracefully, or just watch others do so, I’m off to download some dashing, debonair Cary Grant and buy  a good bottle of red with which to raise  a fine glass.

Daniela is a writer, theatre producer and civic educator. She has had poetry and short stories published in 'Prayers of a Secular World', Inkerman & Blunt; 'Blue Crow Magazine', Blue Crow Press; 'Knitting and other stories', Margaret River Press and Radio National’s '360 documentaries'. Her debut play, 'Talc', was produced in 2010. Her short play, 'Sicilian Biscotti', was produced for the launch of “Women Power and Culture” at New Theatre in 2011 and shortlisted for the Lane Cove Literary Award in 2015. Her second full length play, 'Friday', was produced by SITCO at the Old Fitzroy Theatre in 2013. 'The Poor Kitchen' was produced in 2016 as part of the Old 505 Theatre’s Fresh Works Season and was published by the Australian Script Centre in 2017 (https://australianplays.org/script/ASC-1836). It was re-staged by Patina Productions at Limelight on Oxford in 2019. She co-wrote 'Shut Up And Drive' with Paul Gilchrist and it was produced at KXT in 2016. 'Seed Bomb' was produced at Old 505 Theatre as part of the FreshWorks Season in 2019 and has been published by the Australian Script Centre (https://australianplays.org/script/ASC-2166). She is the co-founder of indie theatre company subtlenuance (www.subtlenuance.com) Her published short stories can be read via the Short Stories tab on this blog.
View all posts by sagesomethymes →
This entry was posted in Book Review, The Sages and tagged Cary Grant, Grace, Grace Darling, Greta Garbo, John Waterhouse, Lionel Barrymore, On Moving Well Through Life, Ptahhotep, Sarah L Kaufman, spirituality, The Art of Grace, The Soul of the Rose, virtue. Bookmark the permalink.