Posted on October 30, 2016 by sagesomethymes

“She ain’t got no money
Her clothes are kinda funny
Her hair is kinda wild and free
Oh, but Love grows where my Rosemary goes
And nobody knows like me.”

I remember when Edison Lighthouse’s Love Grows was my favourite song. And rosemary, with its sharp silver grey foliage, was my favourite plant.  Actually it was the only plant that grew in the scraggy brown allotment of dirt we called a front yard. Several of these hardy little plants lined the driveway like staunch little soldiers. I loved them because they were always green no matter how little attention they got and when you brushed against a rosemary plant as you got out of the car, it released a pungent woody fragrance. That scent still reminds me of the night time of childhood.

My parents were  vivacious. They loved to dance. And the only cool place on a Saturday night in seventies Sydney for Italian migrants to enjoy their version of a three step waltz was the Fogolar Furlan Club. It was (and still is) in Lansvale, a suburb in the south west of Sydney situated on the flood prone banks of the George’s River. After a week of back breaking work in the factory or on the building site my parents, like all the other adults, were there to eat, drink and dance. Us children were simply expected to run off and play. There were no introductions, no activities and no playground, except for a rough set of old swings in the paddock next to the car park.  It was like childhood was a foreign land for these adults. And in most cases it probably was; having grown up in the poverty of post World War II Italy, most of them had never experienced it. Eventually when we got tired of chasing each other through the fields we’d return to the dance hall and play noughts and crosses on paper napkins, until we fell into exhausted sleep along rows of chairs pushed under the long tables. The adults danced on. At midnight we’d be woken and carried floppily to cars to resume our slumber on the back seat. I always remember the horrible nausea that accompanied being woken in full sleep. Perhaps that’s why I loved the rosemary. It’s soothing aroma declared that we were finally home and would soon be in our own beds.

Recently I decided to try my hand at gardening. Not being much of a green thumb I remembered rosemary. Apparently a very easy herb to grow; it’s highly recommended for the time poor and stupid alike.  There’s one simple rule for its survival: never over water. In fact it likes to be a little on the dry side. If you plant it in a warm, sunny spot with good soil drainage, preferably in a terracotta pot, nothing can go wrong. And don’t forget that rosemary likes at least six to eight hours of sunlight a day and abhors windy conditions. Unfortunately I didn’t have any terracotta pots. Just the self watering plastic pots I’d sourced from my mother’s garden when she wasn’t looking.  But surely they would work just fine. And although my balcony was prone to the odd Southerly and only got two hours of sunlight in winter I was confident that my rosemary would survive. I’d read that it was an adaptable herb; able to grow just about anywhere and thriving best when forgotten.

Which is exactly what I did through the three coldest months of the year. O.K. Winter in Sydney isn’t that cold but it’s a great excuse to retreat indoors. I borrowed several gardening books from the library and settled in. One of them, called Guerilla Gardening turned out to be a delightful volume.  It was about people with obviously too much time on their hands, who establish gardens on land they don’t own, in an attempt to green the urban environment. They might throw seed bombs into the rubble of a fenced off building site or plant a shrub in an abandoned corner of a parking lot. I thoroughly enjoyed reading about the adventures of these trowel wielding civic pirates. I read all the way through June and July and right through a very rainy August. 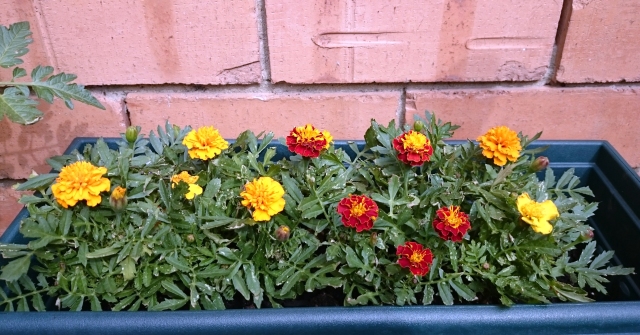 Finally September arrived and I popped outside to see how my rosemary had fared through winter. Although growing conditions had not been ideal, it seemed to be surviving quite well. And at least I hadn’t had to worry about watering. My rosemary was lovely and green. Very green. Not just her leaves. They were the usual olive green but her normally woody trunk was also green. When I looked a little more closely I saw that it was covered in a delicate green fur. Was that moss? I pushed my index finger into the soil close to the roots of the plant. That’s not anything perverted it’s just how you check moisture levels.  I was expecting the soil to be wet. But this soil was slimy. That’s when I realised that I was growing mushrooms. Hundreds of tall, stringy, silver-grey fungi had sprouted in the same pot as my rosemary. I retreated indoors. I was beginning to understand why guerrilla gardeners propagated plants on land they didn’t own.

Through spring the mushrooms and moss disappeared and so I tentatively began to garden again. The experience with rosemary had taught me caution. I restricted myself to only a few plants: thyme and parsley, marigolds and mint, tomatoes and nasturtiums, eggplants and lemon balm, blueberries and a small gardenia bush. I watered and fertilised them librally but I had learnt my lesson and took great care to not to let any water get on the rosemary. And so I was deeply troubled when a few days ago I noticed that the rosemary did not look well. Its leaves were lack lustre and limp. And by yesterday it had become a spiritless and exhausted coppery brown shadow of its former self.

So as the sun set I decided it was time for some guerrilla gardening of my own. The book I’d read described guerrilla gardeners as suburban ecowarriors going forth in the dead of night to secretly sow vegetable patches on street verges or plant flower beds along railway tracks.  And although there was nothing in the index under brown thumb I was sure that I could learn on the job. I used my trusty digging tool to gently ease the rosemary from its pot and placed it kindly in my bucket. Then I walked down the back lane and along the railway line. I had failed to love this plant as it deserved but now I was determined to find it a new home. It would be the perfect spot with the rough conditions that this dry little soul thrives on. 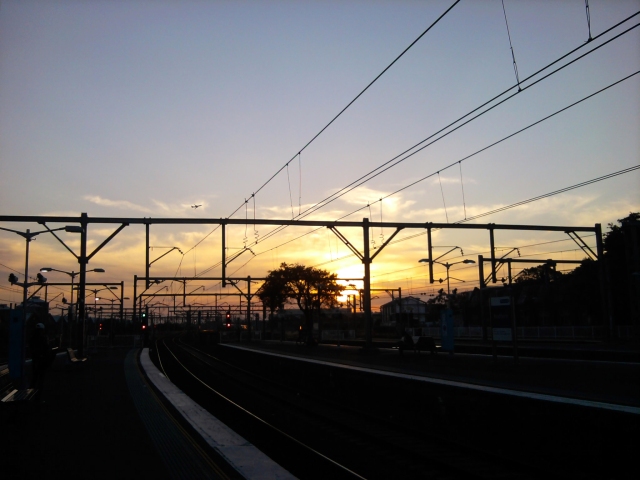 Daniela is a writer, theatre producer and civic educator. She has had short stories and poetry published in: 'Prayers of a Secular World', Inkerman & Blunt; 'Blue Crow Magazine', Blue Crow Press; 'Knitting and other stories', Margaret River Press and Radio National’s '360 documentaries'. Her debut play, 'Talc', was produced in 2010. Her short play, 'Sicilian Biscotti', was produced for the launch of “Women Power and Culture” at New Theatre in 2011 and shortlisted for the Lane Cove Literary Award in 2015. Her second full length play, 'Friday', was produced by SITCO at the Old Fitzroy Theatre in 2013. 'The Poor Kitchen' was produced in 2016 as part of the Old 505 Theatre’s Fresh Works Season and was published by the Australian Script Centre in 2017 (https://australianplays.org/script/ASC-1836). It was re-staged by Patina Productions at Limelight on Oxford in 2019. She co-wrote 'Shut Up And Drive' with Paul Gilchrist and it was produced at KXT in 2016. 'Seed Bomb' was produced at Old 505 Theatre as part of the FreshWorks Season in 2019 and has been published by the Australian Script Centre (https://australianplays.org/script/ASC-2166). She co-wrote 'Softly Surely' with Paul Gilchrist and it was produced at Flight Path Theatre in 2022. She is the co-founder of indie theatre company subtlenuance (www.subtlenuance.com) Her published short stories can be read via the Short Stories tab on this blog.
View all posts by sagesomethymes →
This entry was posted in Habitat, Time and tagged Edison Lighthouse, eggplant, Fogolar Furlan Club, gardenia, Guerilla Gardening, italian migrants, Lansvale, lemon balm, Love Grows, mint, nasturtium, parley, rain, rosemary, thyme, tomato, winter. Bookmark the permalink.

2 Responses to Rosemary that’s for Remembrance