The other day I was speaking to a group of gynecologists from the USA. This is the kind of thing I get paid to do. They were a very political group, and as part of their conference program in Sydney, had requested a visit to the local legislature. That’s how I met them. 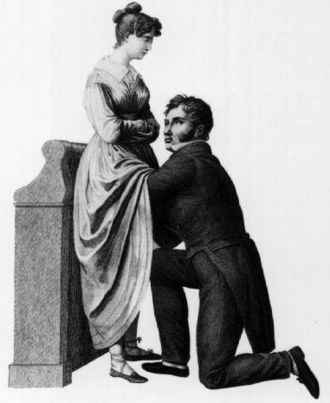 As we chatted about all things democracy, I realised they were still in shock from the result of their recent Presidential elections. So I mentioned compulsory voting. We have it. They don’t.

“Should you give it a go, considering that only 58% of the population turned out to vote in the 2016 elections?” I asked.  “In fact, is it true that more people turned out to march in protest at the result, than actually voted?” I added.

“I suppose 100% of people turn out to vote at your Federal elections?” one of them responded rather sarcastically.

That answer seemed like a portal opening suddenly onto an alternate universe. There was absolute silence, followed by murmurs, and then exclamations. This group of highly qualified medical professionals, mainly male, with an average age of 60, were flabbergasted by the success of an electoral law.

Only 22 countries across the world have compulsory voting. We may whinge and grumble about politicians and elections but deep down we’re proud of our electoral system. We want to participate. We want to do the right thing. We value our civic rights.  We’re a hopeful culture. That’s also, I believe, why we’re a very cynical culture; we’re often disappointed. But when our hearts and minds are engaged we’re capable of amazing things. We believe we can vote and eat our democracy sausage too.

This year is the 50th anniversary of one of those amazing things. In 1967,  90.77% of Australians voted YES to amend the Constitution to include Aboriginal people in the census, and allow the Commonwealth, rather than individual States, to make laws for them.  This is the highest ever YES vote recorded in a referendum. Considering only 8 of 44 referendums since 1901 have been carried this was an extraordinary achievement. Apart from Federation, it has been the most successful civil movement in Australian history.

And so as we commemorate this wonderful event 50 years on, it’s a good time to reflect on all of the work still to be done. How do we close the life expectancy gap so that Indigenous Australians’ no longer die 10 years before the rest of us? What form should Recognition of our First Peoples take in our Constitution? These are questions of the moment in our democracy.

It’s interesting to note the number of Australians that believe the 1967 referendum gave Aboriginal people the right to vote. That actually occurred in 1962 when the Commonwealth Electoral Act was amended. But the belief persists. I think this is an example of how much we value this practical and powerful function of citizenship. For so many Australians the 27th of May 1967 represents the day that we put away our prejudices and extended citizenship (and therefore justice) to Indigenous Australians. And so began the healing process.

Citizenship has been a fraught process in all democracies. And the right to vote, to have a say, to be represented, has been the marker of equality in civilized societies. When a government makes it harder for someone to become a citizen; not harder to live here, work here, pay taxes here, but harder to have a say, particularly in how those taxes are spent, then we revert to a very old fashioned type of democracy. It’s what the Ancient Greeks did to women and slaves.  It’s what our government now wants to do to migrants. Not to “illegal migrants”, that convenient euphemism that has made asylum seekers the scapegoat of our most recent fears, but to migrants in general. They are the new evil.

If the recently announced government policy becomes law, migrants who become permanent residents will have to wait four years before they can apply for citizenship. They will have to demonstrate that they have integrated into Australian society. They will have to pass a stringent English language test.  I oppose these changes. And not just because I’m a migrant. But because it goes against the spirit of 1967 and the spirit in which we commemorate that event 50 years on. 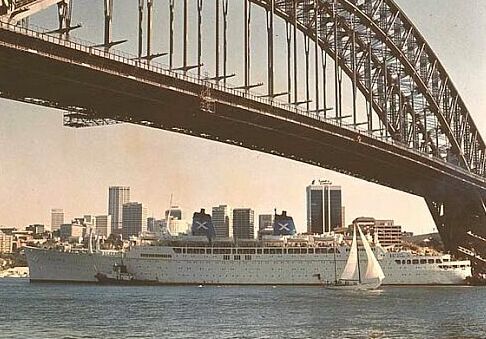 This year is also a much less significant anniversary. It is 40 years since my family migrated to Australia. We sailed into Sydney Harbour on the S.S. Ellinis on the 8th of April 1977.  A few years later my parents, despite their limited English, were able to become citizens. And my, and my sister’s, names appear on my father’s citizenship certificate. We didn’t have to wait for years and years. We didn’t have to do a test. My parents had been accepted into the country as economic migrants.  The assumption was that they wanted to be here, wanted to work, wanted to pay taxes; wanted to participate in this community.  Perhaps good policy comes from a hopeful vision of the future not a pandering to bigotry. What kind of country will be created from a law that makes it harder for people like my family to become citizens? Migration is both the fundamental fabric and the great tragedy of our nation. It has always been contentious. Just ask the Gadigal people.

At the next Federal election we need to vote for those that represent hope, that have the capacity to lead, that help us heal the past; we cannot continue to elect those who fall into the easy habit of exploiting our fears about the future. I hope that ninety percent of us decide to do this at the next election. 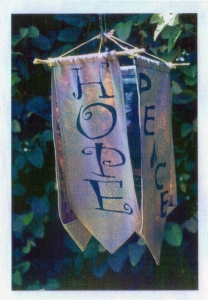 Daniela is a writer, theatre producer and civic educator. She has had poetry and short stories published in 'Prayers of a Secular World', Inkerman & Blunt; 'Blue Crow Magazine', Blue Crow Press; 'Knitting and other stories', Margaret River Press and Radio National’s '360 documentaries'. Her debut play, 'Talc', was produced in 2010. Her short play, 'Sicilian Biscotti', was produced for the launch of “Women Power and Culture” at New Theatre in 2011 and shortlisted for the Lane Cove Literary Award in 2015. Her second full length play, 'Friday', was produced by SITCO at the Old Fitzroy Theatre in 2013. 'The Poor Kitchen' was produced in 2016 as part of the Old 505 Theatre’s Fresh Works Season and was published by the Australian Script Centre in 2017 (https://australianplays.org/script/ASC-1836). It was re-staged by Patina Productions at Limelight on Oxford in 2019. She co-wrote 'Shut Up And Drive' with Paul Gilchrist and it was produced at KXT in 2016. In 2019, her new play, 'Seed Bomb' was produced at Old 505 Theatre as part of the FreshWorks Season. She is the co-founder of indie theatre company subtlenuance (www.subtlenuance.com) Her published short stories can be read via the Short Stories tab on this blog.
View all posts by sagesomethymes →
This entry was posted in democracy and tagged 1967 Referendum, Australian citizenship, Australian Constitution, citizenship, citizenship test, civil rights movement, compulsory voting, Constitutional Recognition, democracy, electoral law, migration, Recognition Aboriginal and Torres Strait Islander peoples in the Australian Constitution., voting. Bookmark the permalink.

2 Responses to The Ninety Percent Club